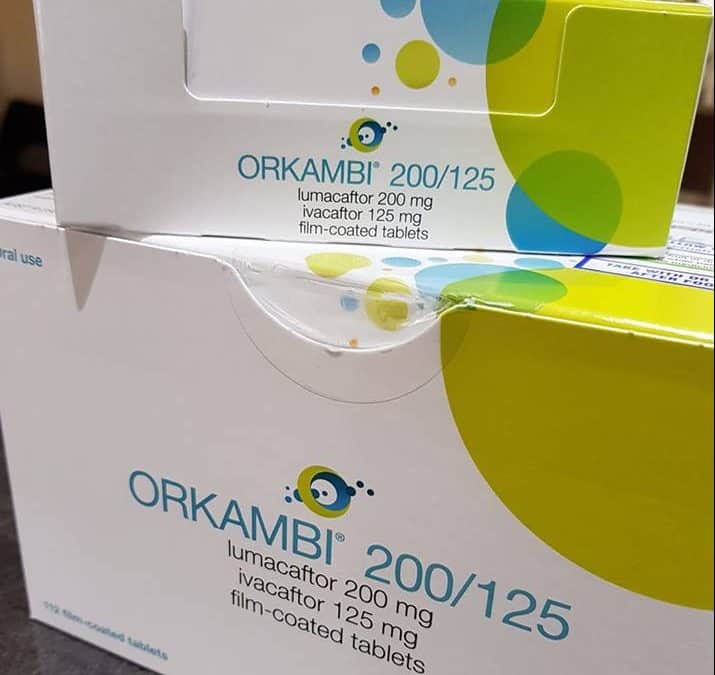 The 26th of June 2018 marks a monumental day for our family.  It marks the first day of access to a drug that is otherwise unattainable for our son Matthew.  A drug that potentially can stop the progression of an insidious disease he lives with called Cystic Fibrosis.

At the time of writing this article, the below message was written to our loved ones to announce our news. We have been waiting three years from the time was approved for safe use here in Australia.  This is a drug that has a price tag of around $260,000 per person per year.  The Australian Government and Vertex (the manufacturers of ) have been at a stalemate, unable to reach agreement on a ‘fair price’ for people living with Cystic Fibrosis to access.

In the same week, Matthew started access, a new application was presented to the PBAC – Pharmaceutical Benefits Advisory Committee to have included for access on our Pharmaceutical Benefits Scheme. To date, we do not know the answer but know that in the United Kingdom, access was again denied and Vertex is now likely to pull out of the country leaving thousands without access.  Hundreds have died waiting, hundreds more will die wondering ‘what could have been’.

This is our story. Matthew Started His Orkambi Journey today. He is the first paediatric patient in South Australia to be granted access!

Today marked a new day in the history of our family. Matthew started his journey on Orkambi. Yes, that elusive drug that promises so much yet has an out of reach price tag at around $260,000 per year OR just shy of $800 per day.

Insert a collection of emotions.

Elation. Happiness. Fear. Worry. Guilt. Pride. Joy. Angst. And so much more. Yesterday I was somewhat of a mess. If anyone knows about Orkambi or any drug for that matter, there are no guarantees. These drugs are powerful and come with powerful side effects that can be incredibly detrimental to other systems within the body.

I questioned that I had done the right thing in campaigning so hard for him to have the opportunity I knew he deserved. That he has a RIGHT to access. Was that about me or him? As we have prepared for this over the past weeks, it is evident that Matthew has lost a lot of hope over the past few years.

Lost hope in the process. Disappointment in the knowing there is a drug out there that may be able to stabilise his health, yet he was being denied access like so many others. Lost trust in medications and systems that promise so much yet deliver so little.

Was this going to be another thing that will let him down again?

The fact of the matter is this. Had Matthew been granted access 3 to 4 years ago when this medication was brought to market, he may have maintained a 102% lung function. In that time, despite drastic efforts, Matthew’s lung function hasn’t peaked over 60% this year. It’s currently 56%. Two admissions have failed to improve his health.

Each year Matthew has had sudden unexpected and unexplained dramatic falls in his lung function. November last year it was 80% – it had increased to that from the January previous from 70%. I remember at the time being mortified that is lung function was so low. That had been a drop from 89% from a few months prior. Throughout this time, the drugs and adolescent hormones have wreaked havoc on his body and his mental health. And why wouldn’t it? How would you cope?

Matthew is fortunate enough to have been granted access on the compassionate program of ORKAMBI. The compassionate program means that Vertex (the Pharmaceutical Company that produced the drug) will fund Matthews access. This type of access is granted to those people who meet a set of strict criteria. In lay terms, it is meant for those who are most sick, most in need of the drug and whose lives may be at risk if they do not have the opportunity to have access.

To accept the point that your child is that sick – well I am not really sure how to describe it? To look at him, he looks just fine. Don’t they all? But boy is he good at masking. Matthew doesn’t like to be made a fuss of and therefore avoids telling me when he isn’t so great. It makes it harder, but you ask any mum (particularly those of sick kids) they will tell you there are subtle signs no one would notice. The purple rings in the corners of their eyes by the nose, changes in breathing, behaviour or temperament, lack of sparkle, the colour of their skin or face…. You know what I mean?!

For me, watching Matthew’s lung health over the last two years deteriorate so rapidly has been beyond difficult. Powerless may be a word you could use to describe the feeling, but trust me it’s so much more.

Many of you know, I am not fond of taking no for an answer, especially when it comes to my kids and their health. Nor am I fond of or prone to staying down for too long. I prefer to take action on the things I can control rather than focus on things I cannot.

Last year I had asked Matthew’s Consultant on numerous occasions about Orkambi. In fact, I have done for the last three or four years. Each time I was told or sat down to be told it wasn’t all it was cracked up to be. That it was a useless drug. That only the sickest, those in a dire state with lung function less than 40% were eligible. Even then, it was a great risk for these people to start the drug because it mobilises the secretions on the lungs and stimulates a rapid drop in lung function. It makes them sick, it’s not worth it.

Yet I heard other stories. I saw stories that were good, bad and indifferent. You see, we are all different. We all have a different set of circumstances surrounding us. Different environmental factors that impact on our health. Compliance is different. Drugs currently taken is different. Background is different. Again, you get the picture.

During December I had an inspired conversation with a member of our CF Community. Boy does she know her stuff! She happened to see a post about Matthew’s health and messaged saying that he might be eligible for the Orkambi compassionate program as it can also include those above 40% if they’re quite unstable. That the Orkambi criteria was somewhat different than that of its predecessor Kalydeco. WHAT? You didn’t have to be THE sickest after all?!?!

There was our opportunity. But again, when addressed, I was told NO. That was not the criteria, I was wrong.

I bit my tongue. I was fortunate that within a month Matthew would turn 16 and his time would come. On turning 16 our kids go into a two-year transition phase with the Adult hospital here. A consultant from the Adult hospital attends most clinic appointments. This consultant happened to be in the know. We walked in, Matthew did his lung function test which resulted in a massive drop from 79% to 62%.

I swooped and never turned back.

He was not eligible initially but that was the day the work started, the day that Matthew truly became on the radar. The day that I learned that even the doctors you assume should know the guidelines to these new drugs, simply do not (well not all the time).

I have campaigned HARD and FAIR, I am so proud.

I am going to stop here and add in a part two tomorrow. Because we are tired. It is day one and it has been wonderfully UNREMARKABLE in terms of the side effects.

Matthew has started on a half dose today and will move to a full dose tomorrow. I will share the specifics of what is happening as we experience it.

For those who are wondering if you or the person you love is eligible here it is as I understand it:

>> Over 12’s either under 40% lung function (sustained) OR an unexplained drop in lung function of 20% or more (actual – that means measured in litres not %) in the past 6 months unrecovered.

NOTE: The staff at the hospital are supportive of this process and are now as excited and as curious to see how this course of treatment goes.

READ the next update here! 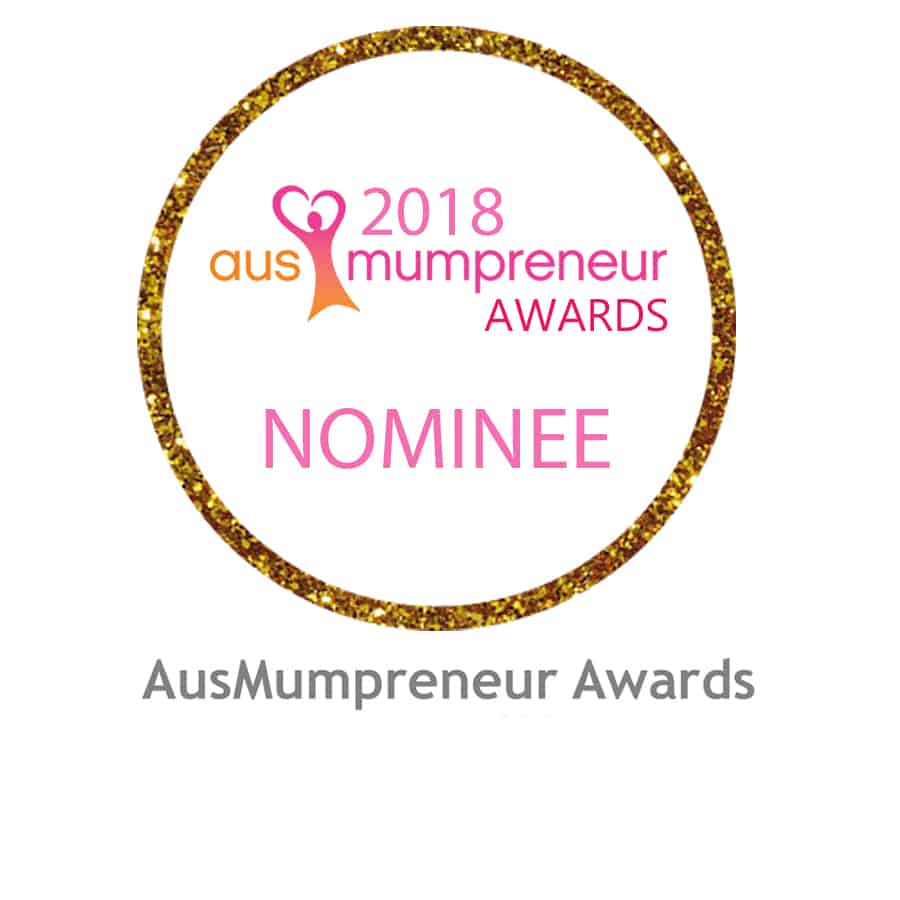